What does the new novelist really, really want?

So you signed up  … or almost did … to the latest Faber Academy six-month ‘Writing a Novel’ course? Or joined me in Spain for the Literary Consultancy’s Literary Adventure? Or emerged triumphant from one of the summer Five Day Short Story courses? Well done – even for that moment of serious consideration. Out of all the potential new writers who languish with their dream of the fame and/or fortune to be gained from their never-to-be-completed piece of fiction, you at least did something about it. And if you couldn’t quite bring yourself to commit to the course, there’s another opportunity to sign up for a 6-month Faber daytime course that kicks off in January.

And while one part of you (confident and decision-making) is urging yourself to go, go, go, another (cynical and negative) is asking what on earth there is to be achieved from a brief immersion into the art and craft of fiction. How might being in a strange place, exposed to the measuring gaze of other wannabes, not to mention the stern tutelage of a (probably critical) author, set you off on the path to publication?

How indeed. Well, my task, as the stern-but-kind tutor whose criticism is always tempered with compassion for a fellow writer (if I don’t understand your struggle, who will?), is to ask the questions that might deter you, to second-guess your aspirations, and to determine what might feasibly be possible. Or not.

‘The other participants,’ you say. ‘I’m worried that they’ll be far better than I am, more accomplished, more experienced. I don’t want to make a complete idiot of myself …’

‘Believe me,’ I reply, ‘everyone who attends a writing course is nervous; some hide it better than others and appear overconfident instead. They soon unbend. As for experience – what does that matter, unless you’re aiming to be a writing-course junkie? Of which there are plenty. No – you may be reassured to know that some of the most successful novelists who have attended my courses were raw novices.

‘So what was the secret of their success? How did that literary flowering happen to them?’

‘Firstly, it didn’t happen to them – they made it happen. They left the workshop with a sense that they had something to say and the right to say it. Fired up, they set to work …’

‘Of course not. The hard part lay ahead – all the hours, days, months of commitment; starting over; getting it wrong – and then, miraculously, getting it right. The secret, if there’s any, is tenacity – and anyone who has studied with me knows how keen I am on that word. It’s the quality distinguishing the winners from the also-rans.’

‘You’re saying that’s all I need, then? Something to say, permission to say it, and that quality called tenacity?’

‘And the tools – the ability to translate your idea, your characters, to the page; the artistry to create and sustain an illusion of reality that will grip your reader from start to finish. Skills that take years and unrelenting tena—‘

‘Ok, ok – I’ve got it. Years and years plus the t-word. And yet you’re telling me I should submit to a short – or relatively short – writing course?’

‘It’s a start – a kick-start. But it depends what you’re looking for – what you really, really want … ?’

‘Hmm. What do I want? To write. To put that little idea I’ve been nurturing to the test. To find a safe place in an environment where writing fiction is taken seriously. To learn, to explore, to create …’

‘Quite a wish list, if I might say so. But possible – certainly possible. And the fact that you don’t include ‘being a writer’ among your aspirations (the kiss of death, if ever there was one) tells me that you should take the plunge. It might not make you rich or famous but there’s an excellent chance that it will change your life. 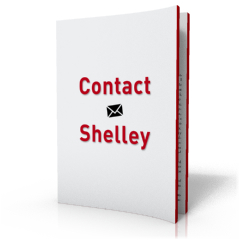