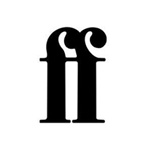 You want to write a novel? Write it! Shelley offers advice to writers-in-waiting over at Faber Academy. To read the whole article visit the Faber Academy Blog…

You want to write a novel? Stop dreaming. Do it.

Once, many years ago, I found myself at a party heavily populated by fellow journalists. I’d recently made it known that I was leaving journalism to pursue full-time writing of fiction, and was in conversation with a noted hack who was on the brink of retirement. He told me he was planning to move to the country when his career on national newspapers came to an end.

‘To write a novel?’ I asked. It seemed then (and still does) that every journalist in the world had a novel up his/her sleeve.

‘No,’ he said emphatically. ‘To grow roses.’

I raised a sceptical eyebrow.

‘No, truly,’ he insisted, clearly meaning it. ‘I’ve always wanted to write a novel. It has been a life-long dream, one that sustains me, and one I want to keep. So I’d rather hold on to the dream and watch my roses bloom.’

And now you’re raising an eyebrow. I know it. ‘What on earth does that journalist’s silly dream have to do with me?’ you’re asking. ‘I want to write novels and stories, not merely to dream about them. Oh, well, if you can’t help…’

Stop. Think about it. Why did that hack decide to hold on to his dream? Because he feared that it would not be any good once it was released into the world. As a full-blown piece of fiction, its flaws would be apparent, overwhelming. His preference was to hold onto it as an ephemerally perfect fantasy.

Do you have any burning literary problems?
For honest, informed, confidential and compassionate advice about any matter of the pen, click the button above and ASK SHELLEY. Those who have are now happily scribbling away.